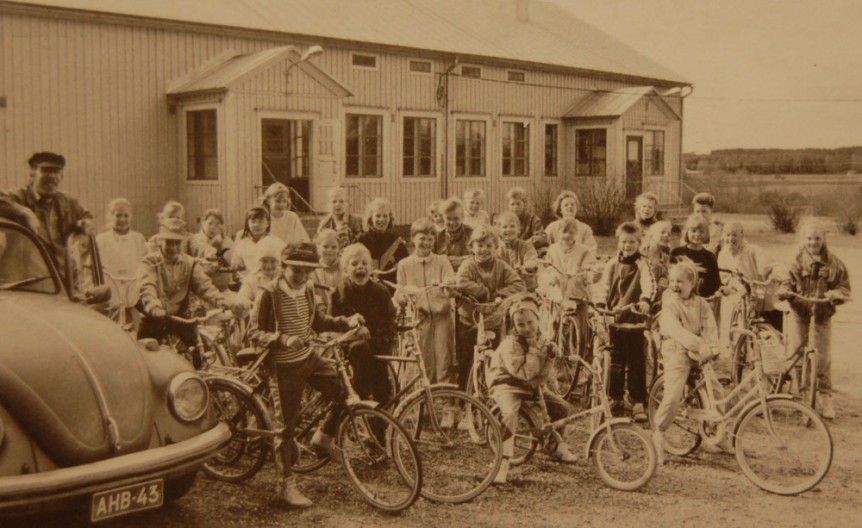 The Näppäri Method was developed in the early 90th century by violinist and pedagog Mauno Järvelä (born 1949) from Kaustinen, Finland. The method is based on the over 300 years old fiddle tradition of the Kaustinen village in Central Ostrobothnia. Järvelä himself was born to a family of fiddlers, but as a young man he was also aquainted with the classical music scene via e.g. Sibelius Academy, Finnish National Opera’s orchestra and RSO.

The development of the Näppäri Method begun when Mauno Järvelä moved back to his home village with his family. He first started to teach small instrumental groups of young children in the local community college. Those days only a small portion of young students were able to continue their studies in a provincial music school. According to Järvelä most of the members of the groups would have been able to pass the entrance examinations, but he didn’t want to create unnecessary competition within the groups. Järvelä wanted to cherish the villages’ spontaneus avocation towards music and thus did not recommend applying to a music school to any of his students. Instead he started to develop his own educational system and strengthening the tradition playing together.

The basis of the Näppäri Method was openness. Everyone should have the right to make music. There were no apparent goal and examination scheduels. In addition to private lessons the students played together on a weekly basis. Since the village held an annual folk music festival, the young musicians gained experience in performing to big audiences. In certain years a Näppäri group of tens of children and youngsters toured Finland on a bus. Common performances also connected the village’s young and old musicians and the tradition of playing together grew stronger.

The Näppäri Method continued to develop and broke away from its home village by the 20th century. The Näppäri courses were in demand all over Finland and their repertory became more diverse all the time. The traditional music was complemented with elements from western art music, and the variety of instruments increased. The principle of easy participation remained: musicians of all ages and all levels had to be able to join in. In the new millenium an annual highlight was established from a Näppäri camp of hundreds of participants.

Thousands of children have participated on the weekend courses held by Näppäri teachers throughout the years. This kind of courses are ordered to Finnish music schools many times a year. The method has also been taken to more than ten European countries as well as ie. North America and South Africa. The Nordic countries is an important area of cooperation and the Folkskandia mettings between Nordic children and youth belong to the annual activity of the Näppärit.

The success of the Näppäri phenomenon can be put to scale by the notion that the first official Näppäri netsite was only established in 2014. This is in line with Mauno Järvelä’s opinion that ”stimulus without electricity and megapixels are still a strong word against the gaming world”.

Mauno Järvelä has been awarded for his life’s work with ie. a State Award for Children’s Culture, Pro Finlandia Medal, Finland Prize of the Arts and a Honorary Doctorate from Sibelius Academy. In 2010 the King of Sweden announced him 1st class Knight of the Order of the Polar Star.